Two more parishioners and one former parishioner are studying for the diaconate! 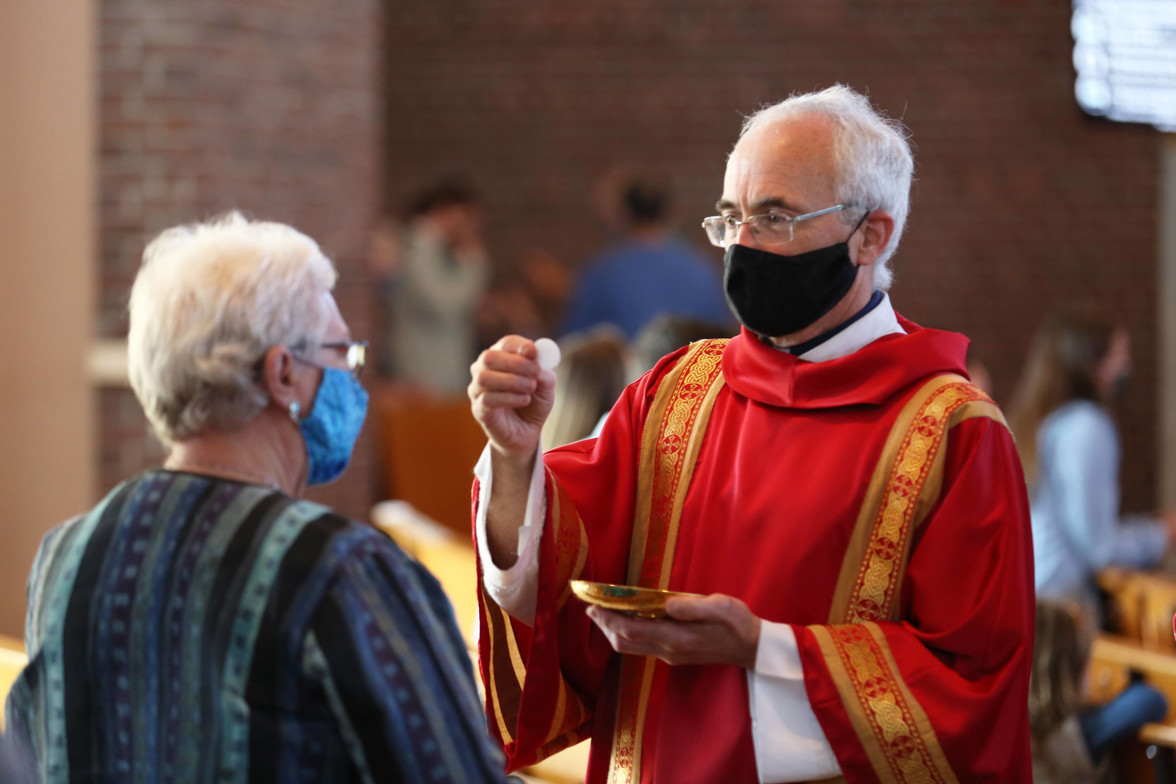 Did you know that 2 more parishioners from St. Maurice parish are currently preparing to become permanent deacons, and one former parishioner as well?

On November 18, 2020, Alvaro Sanchez and Ron Bishop, both parishioners at St Maurice, were among six men in our diocese who celebrated the Rite of Candidacy in which they were formally admitted into the formation program in order to one day become permanent deacons in the Catholic Church.

Deacons are ordained ministers, a role that goes back to the time of the apostles. Many Catholics are familiar with ‘transitional’ deacons, men training for the priesthood who are ordained typically for their final year before being ordained as a priest. In contrast, permanent deacons are ordained for life and are often married men with grown families. The permanent diaconate fell out of practice in the Latin Church for centuries but was restored by Vatican II. The deacon has a three-fold vocation of service: to the liturgy, to the Word, and to charity.

The preparation for the diaconate spans a total of 4 years. Last year, as aspirants, they went through a six-month discernment period in which they learned more about the diaconate, considered their call, and were examined by the formation team for suitability. As candidates, they have now begun their formation period, where for the next 3 years they will study theology, ethics, liturgy, Sacred Scripture, ecclesiology and many other topics such as homiletics, sacramental rites and pastoral care. They will also undertake practicum assignments to gain valuable ministry experience, such as serving in a prison, ministering to the poor, or serving in a long-term care home (once the pandemic permits). It will be a journey of discovery and joy as the Holy Spirit opens them to the vocation to which God has called them to serve his people. Their wives accompany them on this journey and attend all the weekly sessions and retreats.

For more information on the diaconate, see: The Catechism of the Catholic Church 1569-1571 and Permanent Diaconate Article Alvaro and his wife Gaby

Alvaro was born in Mexico and has been a parishioner, with his wife, Gaby, for the past 7 years. They have 3 children. Parishioners attending the Sunday evening Mass will be familiar with their son, JP, who served as an altar server for many years until COVID. Alvaro has been involved at St. Maurice Parish with the Legion of Mary, as an Extraordinary Minister of Holy Communion, bringing communion to Starwood Extended Care residents, the Adoration Chapel, Alpha retreats, and That Man Is You, all involvement that is now on hold because of COVID and/or his formation commitment. You will still see him as a Sacristan for the Sunday evening Masses. Ron and his wife Irene

Ron grew up in rural southern Ontario and has been a parishioner, with his wife, Irene, since 2016. They have 2 children. Parishioners will recognize Ron from his involvement as Lector, altar server and group leader for a number of faith studies (The Bible & The Virgin Mary, The Bible & The Sacraments, The Mystery of the Eucharist, Marian Consecration). You might also have seen him serving as an usher during the latter half of this year. Dave and his wife Margie

Some parishioners will remember Margie Lauzon who led the First Communion/First Reconciliation program here a number of years ago. Her husband, Dave, is also a candidate in the class with Ron and Alvaro.

I went through this same formation program and was ordained as a permanent deacon this past August 10, on the Feast of St Lawrence who was also a deacon. I’m blessed to be assigned here to serve the parishioners of St Maurice, my home parish, where I have also taken on the role of ministry coordinator.

Please pray for Ron, Alvaro, Dave and their wives (and families) as they continue in their formation studies.

Dear Parish Christmas Letter Two more parishioners and one former parishioner are studying for the diaconate! Financial Update for November