Years ago, I met a beautiful, young woman while I was in the hospital. We spent many hours together chatting, laughing, and she taught me a craft that belonged to her Indigenous heritage. We beaded with a needle onto cardboard and attached it to hide. Her rows of shiny beads were meticulous, perfectly parallel and no bumps. Mine…that’s another story! After parting from my friend, I went on to make more beaded pieces. I started a large piece that I would work on periodically using leftover beads from necklaces, buy beads to add, and it would continue to take shape. It’s not finished and I don’t think it ever will be. I hang onto it because it’srich and beautiful. To me, the practice of beading and the results are a metaphor for the penitential pilgrimage Pope Francis made to Canada in July 2022 and reconciliation.

Pope Francis made an Apostolic Journey (Walking Together) to seek reconciliation with Canadian Indigenous Peoples, providing addresses in a few locations. I will not pretend to be a journalist covering the events. Instead, I would like to offer a few brief personal reflections after reading the Holy Father’s speeches and interview and taking in some of the responses.

First, I am struck by how neatly the messages were woven together from one day to the next, similar to the meticulous rows of beads. His thoughts built upon each other and yet, if you only heard one address, it was clear Pope Francis was here to recognize the role of Christians in residential schools and apologize. As a white person, I am deeply impacted by his words. I understand that for some, the words fell short. Pope Francis recognized that, “looking to the past, no effort to beg pardon and seek to repair the harm done will ever be sufficient…” (Letter to the People of God, 20 August 2018, Maskwacis). I believe this speaks volumes.

When the Pope listened and spoke in Maskwacis, Alberta the stadium appeared to be filled with Indigenous Peoples and residential school survivors. It was touching to see him on the stage with Chiefs in headdresses, rather than flanked by Cardinals in cassocks. At one point, he was presented with a feather headdress to symbolize he was accepted, and he wore it. I was touched deeply to see how his words were being received on the faces of those in the stadium; I would characterize it as a release of emotions in a sacred space.

In July 2021, on Parliament Hill, I walked sadly among the children’s shoes, moccasins, and painted stones that had been placed in recognition of the unmarked graves of the residential schools. When Indigenous leaders met with Pope Francis in Rome in March/April 2022, he says they gave him “two pairs of moccasins as a sign of the suffering endured by Indigenous children, particularly those who, unfortunately never came back from residential schools. I was asked to return the moccasins when I came to Canada; I brought them, and I will return them at the end of these few words, in which I would like to reflect on this symbol, which over the past few months has kept alive my sense of sorrow, indignation and shame. The memory of those children is indeed painful; it urges us to work to ensure that every child is treated with love, honour and respect. At the same time, those moccasins also speak to us of a path to follow, a journey that we desire to make together. We want to walk together, to pray together and to work together, so that the sufferings of the past can lead to a future of justice, healing and reconciliation.” Pope Francis’ association with the moccasins and coming to apologize on Canadian land is a healing gesture that, for me, takes away some of the pain from last summer.

In his addresses, he speaks about some of the ways forward for reconciliation. He indicates that, “looking ahead to the future, no effort must be spared to create a culture able to prevent such situations from happening” (Letter to the People of God, 20 August 2018, Maskwascis). Personally, some of the practical steps for reconciliation came together when he visited a parish in Edmonton. In broad strokes, I will summarize it as speaking to the role of everyday people in building a welcoming place in the Church and using words and deeds on a local level to bring about reconciliation in our communities.

Before the Pope came, I had many conversations about what the impact would be of an apology. I think an apology is a wonderful feature bead that has been added to the masterpiece of reconciliation. I also think it will take continued work of reconciliation done on the ground by Canadians. Just like my beading projects, where the needle pierces the cardboard with each bead, the work is sometimes painful, but necessary, to bring about a beautiful result. It requires, patience, determination, and hope. Pope Francis suggests we look to Jesus on the cross for this hope and healing. He says, “on the tree of the cross that sorrow is transformed into love, death into life, disappointment into hope, abandonment into fellowship, distance into unity. Reconciliation is not merely the result of our own efforts; it is a gift that flows from the crucified Lord, a peace that radiates from the heart of Jesus, a grace that must be sought” (Edmonton). I will be gazing up to the cross as I try to make small differences in reconciliation. We each have our journeys; I hope you can find what you need to contribute one bead of healing to a beautiful masterpiece.

Pope Francis’ full length addresses can be found on the Vatican website along with more photos here: https://www.vatican.va/content/francesco/en/travels/2022/outside/documents/canada-2022.html 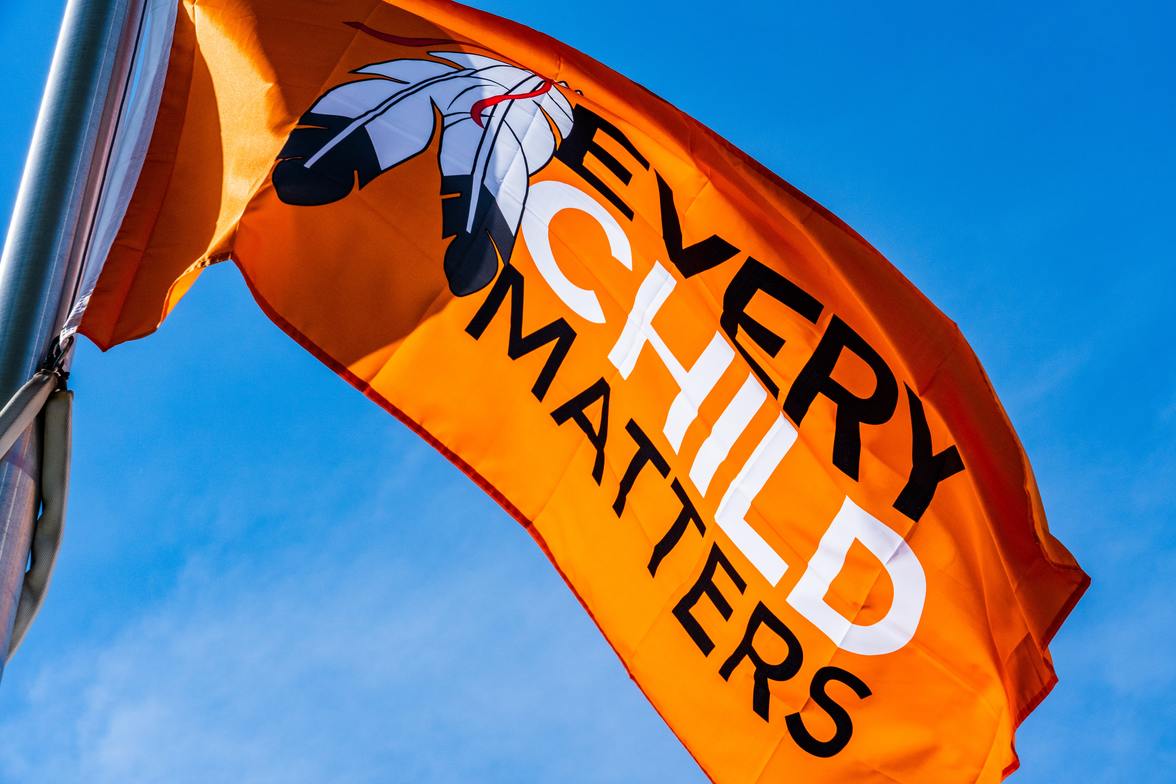 Ministries starting up in October Exploring the Catholic Faith Openings for CGS are Available!